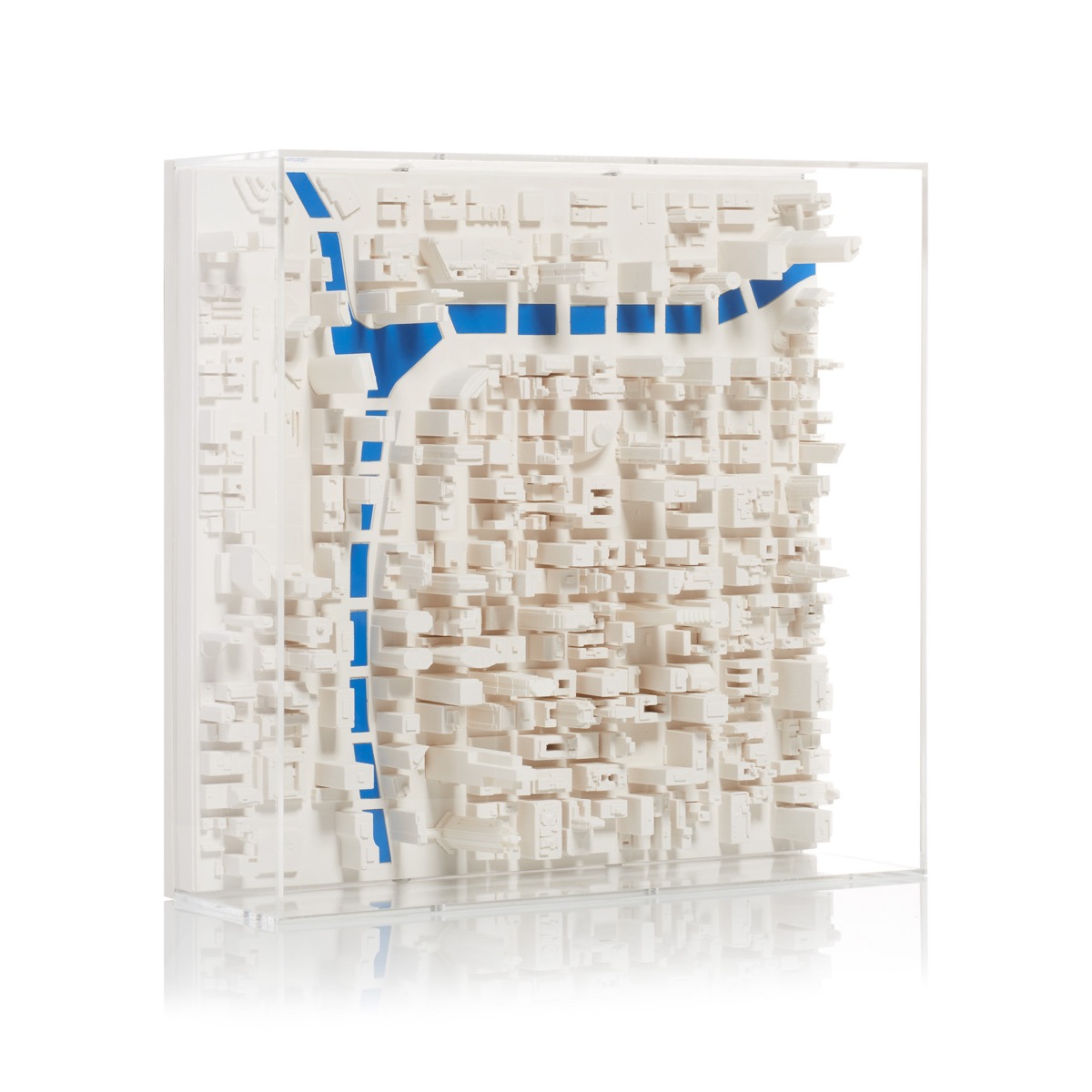 Display flat on the desk or wall hang.

A coupon code which will give you 10% off all orders. Occassional e-newsletters containing information on major new releases and projects. Notification of biannual special promotions. Sign up. 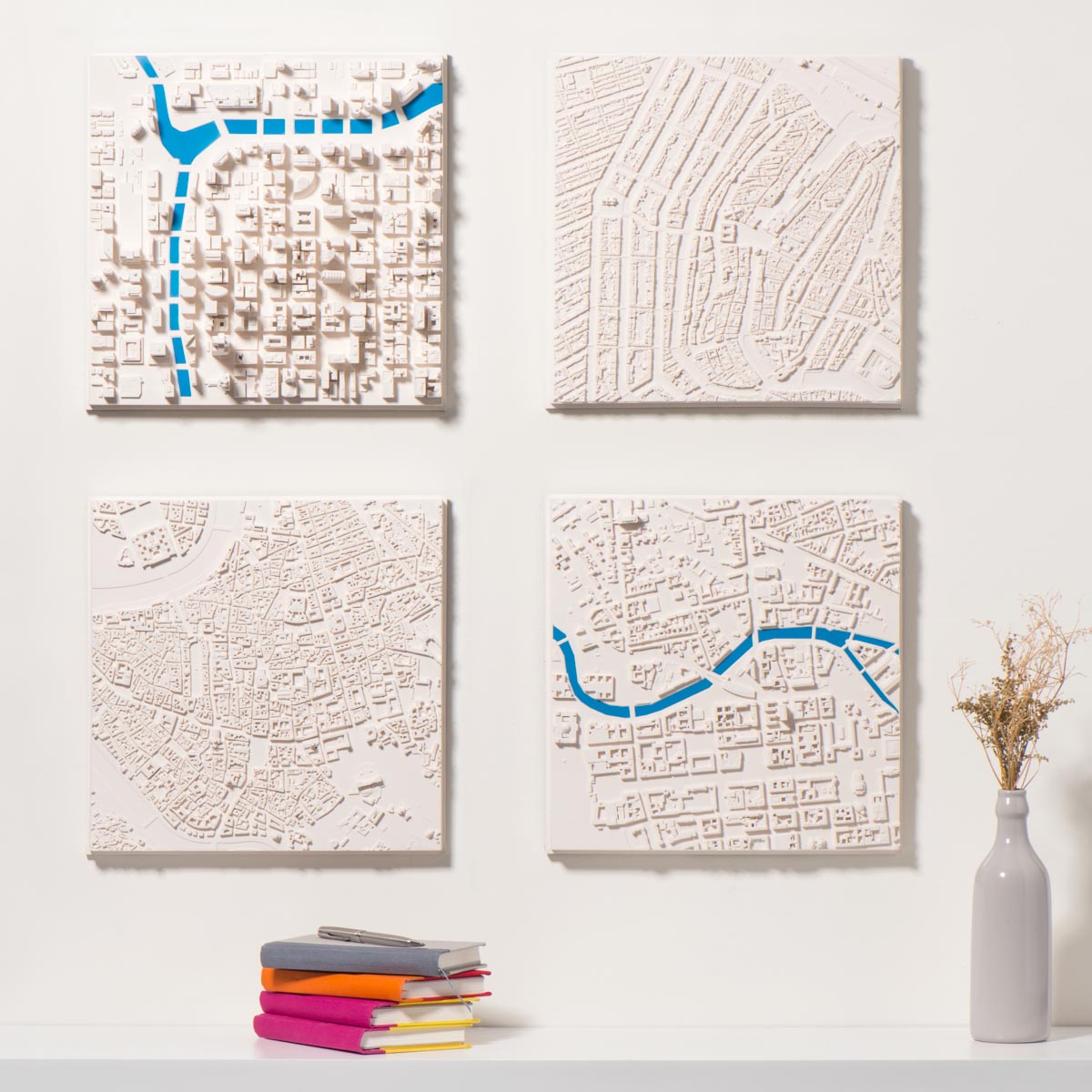 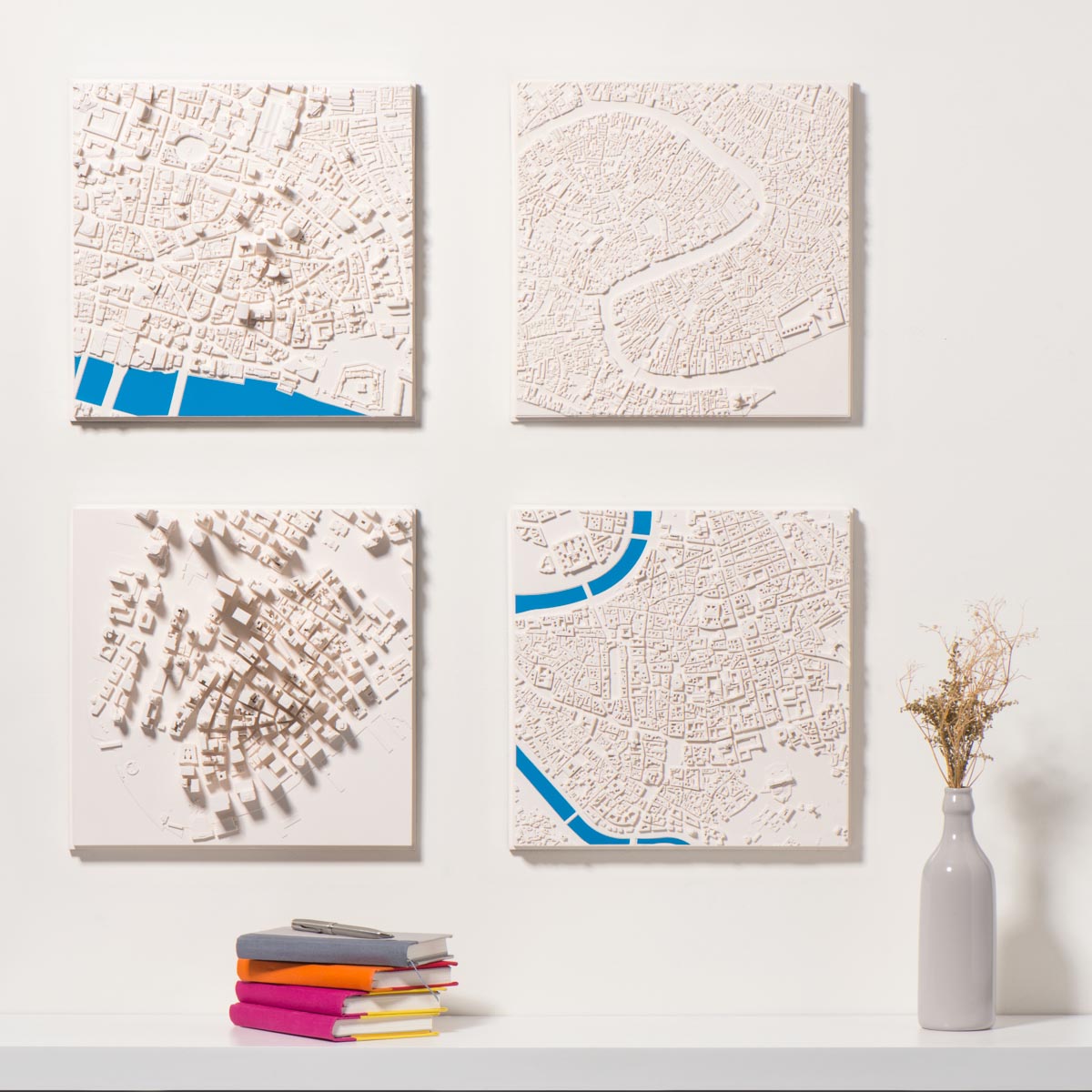 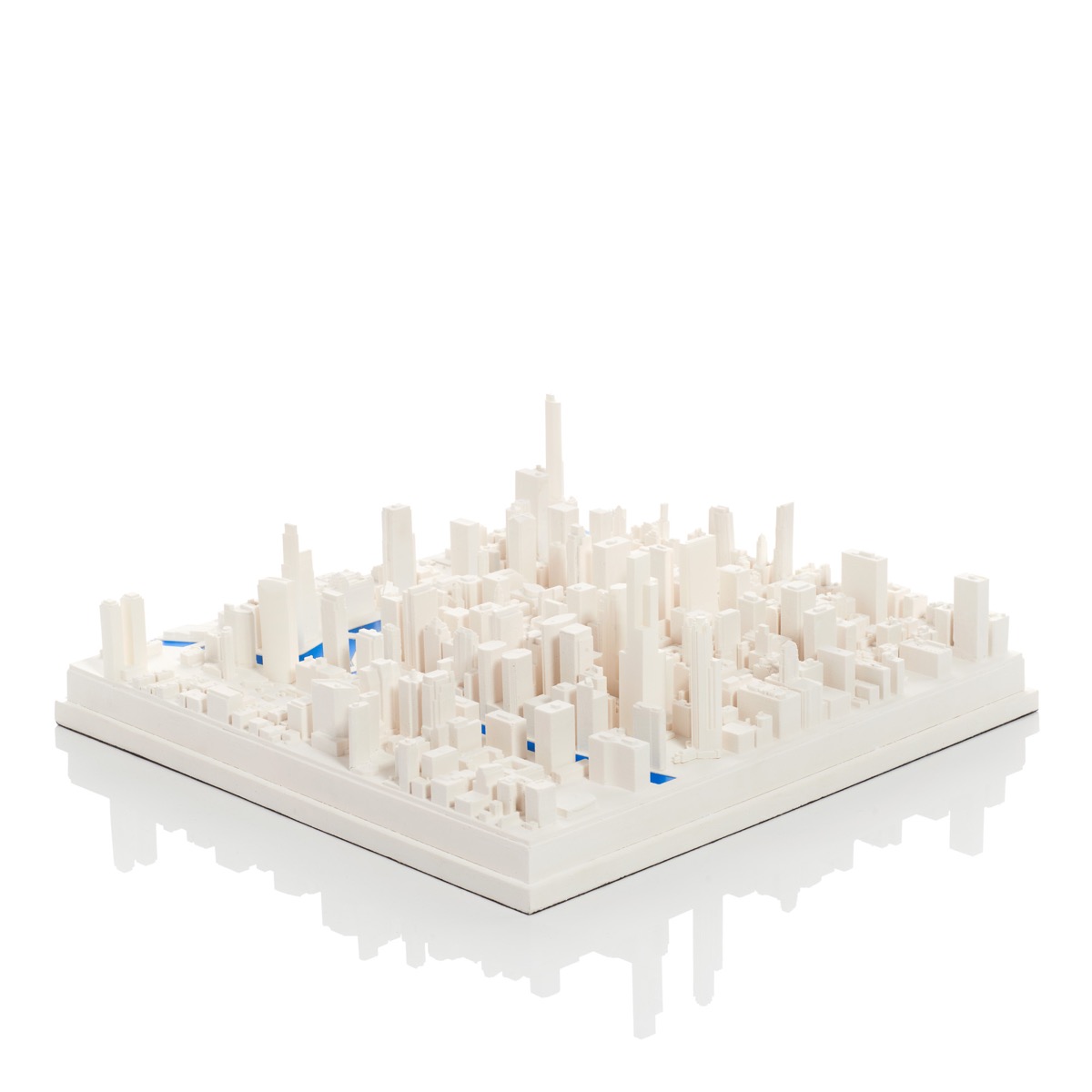 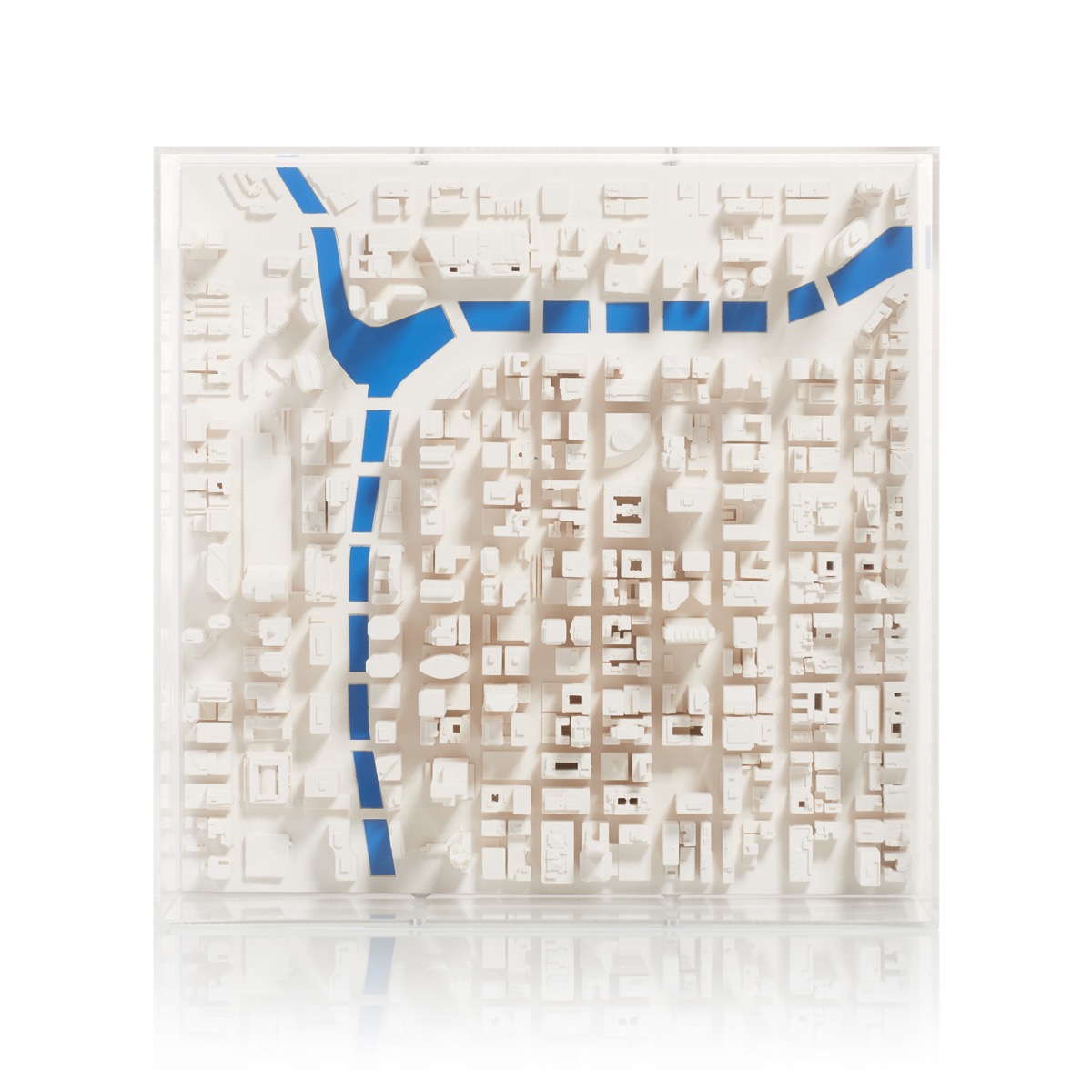 The Chicago area was initially inhabited by Algonquian peoples, including the Mascouten and Miami. The name "Chicago" is the French version of the Miami-Illinois word shikaakwa("Stinky Onion"), named for the plants common along the Chicago River. The first settler in Chicago was Jean Baptiste Point du Sable who built a farm at the mouth of the Chicago River in the 1780s. In 1829, the Illinois legislature appointed commissioners to locate a canal and lay out the surrounding town, which at the time had a population of less that 100. After 1830, the rich farmlands of northern Illinois attracted Yankee settlers. Real estate operators created a city overnight. The city was built in a low-lying area subject to flooding. In 1856 the city council decided that the entire city should be elevated four to five feet by using a newly available jacking-up process. Between 1870 and 1900 Chicago grew from a city of 299,000 to nearly 1.7 million, at the time the fastest-growing city ever. In 1871, most of the city burned in the Great Chicago Fire. Developers and citizens began immediate reconstruction on the existing Jeffersonian grid. The building boom that followed saved the city's status as the transportation and trade hub of the Midwest. Massive reconstruction using the newest materials and methods catapulted Chicago into its status as a city on par with New York. It became the birthplace of modern architecture in the United States. The architecture of Chicago has influenced and reflected the history of American architecture. It features prominent buildings in a variety of styles by many important architects. Since most buildings within the downtown area were destroyed by the Fire, Chicago buildings are noted for their originality rather than their antiquity.

This 3d map of Chicago, at a scale of 1:5000, is centred on the Loop. It is a single plaster tile measuring 30x30cm encapsulated in a perspex frame. The model can wall hang or be displayed on a desk or table top.

Some images of Chicago. 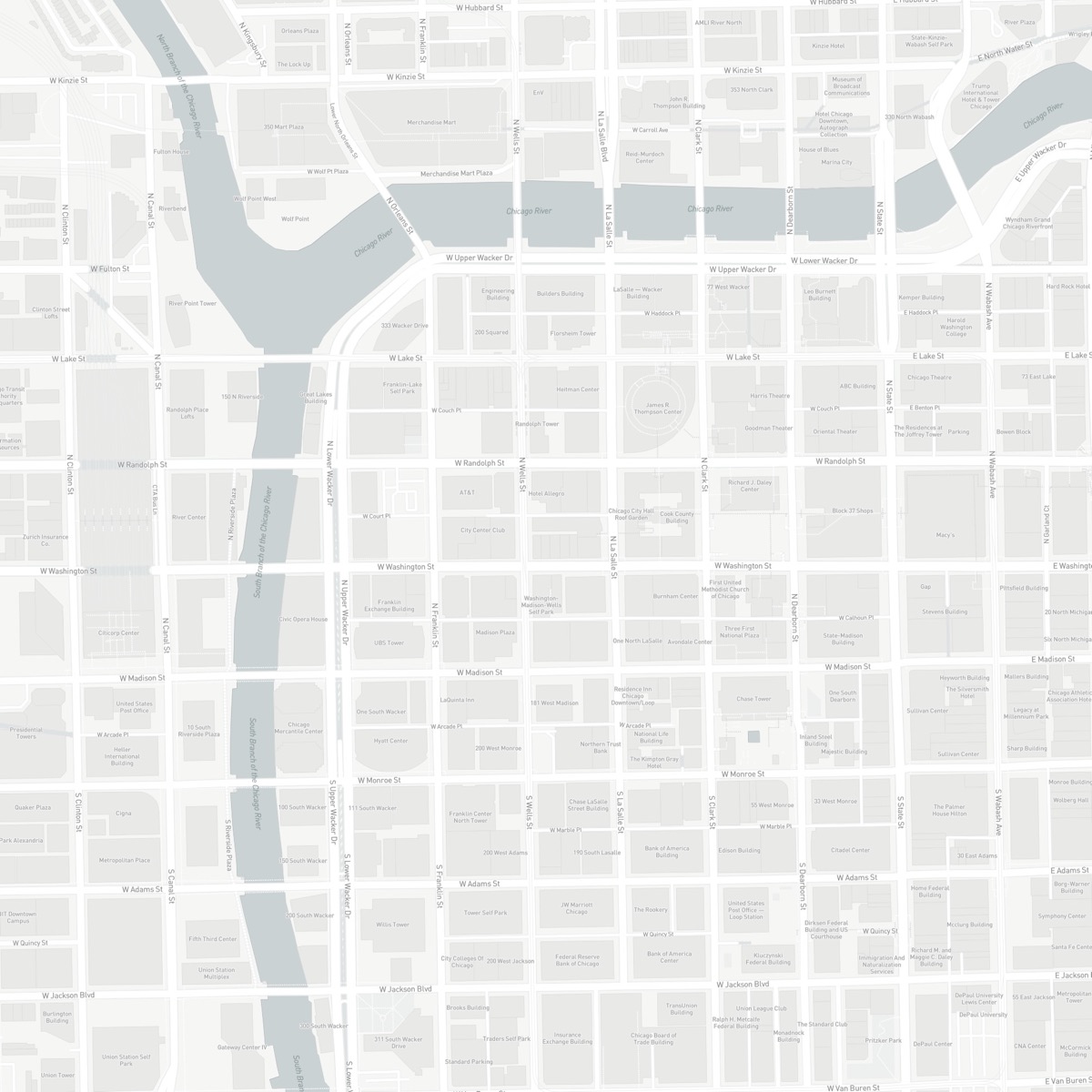 We all want the world to be a better place. We are trying to do our bit. We reuse, recycle and use less where we can. We search out sustainable local suppliers. We sponsor grassroots sports for the local youth, donating both money and time. We sponsor local environmental projects. We know we can do more but we're making a start! 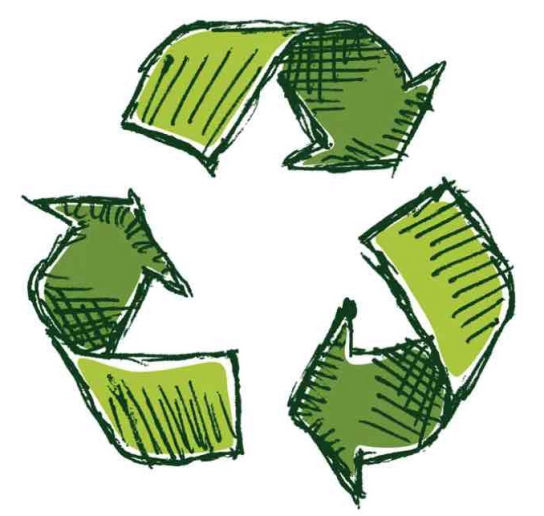 We hand make all of our models. Chisel & Mouse is the combination of an artisan’s approach (the chisel) with modern innovation and transformative technologies (the mouse).

By capturing life and its big ideas in miniature, the brand celebrates the beauty of our industrialised world. 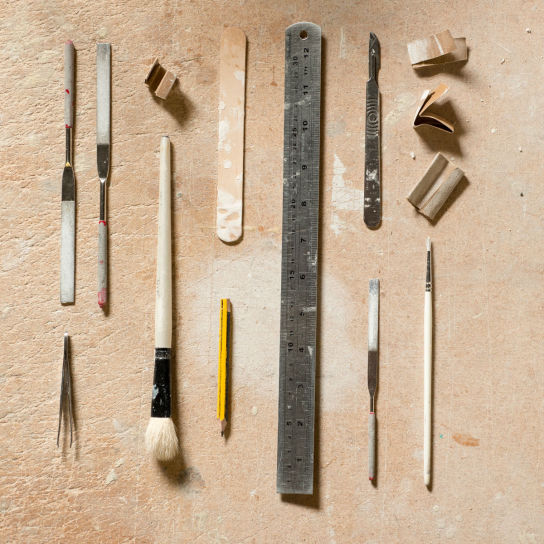 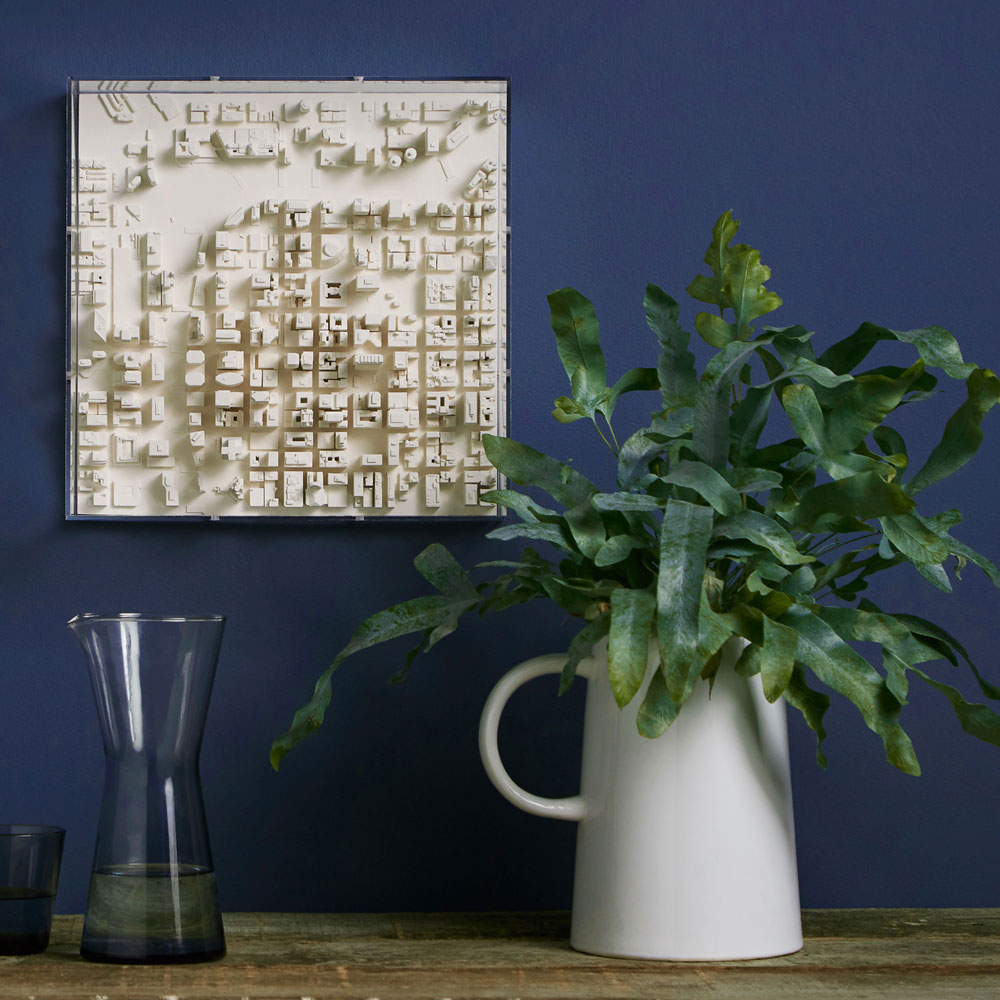 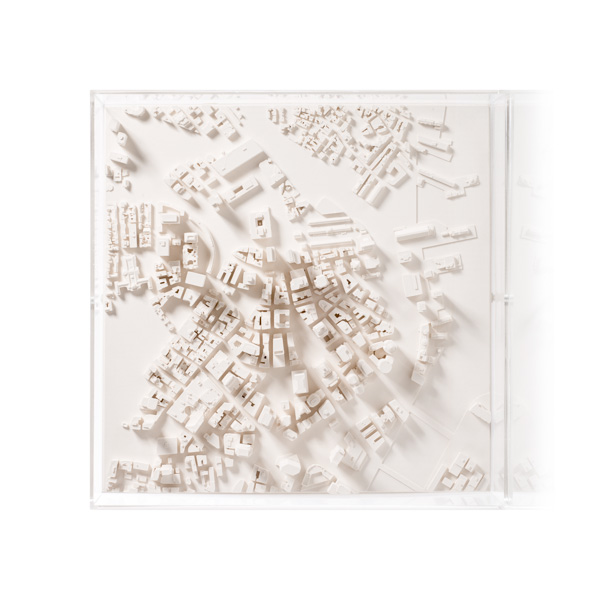 WHAT OUR COLLECTORS SAY

Just opened my birthday present. A fantastic replica of Broadcasting House by G.Val Myer and I couldn't be more delighted. My partner tells me the company were super helpful. The sculpture is a perfect replica of substantial weight and quality build. It will be taking up residency in my Radio Museum in Watchet as the only 3 dimensional representation of this iconic building.Its just perfect! Thank you Chisel and Mouse.

The models are amazing. I am ordering another 4.

As always what a beautiful piece and speedy delivery.

Received our order and we are super happy with it, so much so we have just placed another order for two more cityscapes! Hoping to purchase another 3 for a total of 6 to make an impactful wall feature. Thank you all for an amazing piece of sculptural art.

Absolutely fantastic! Purchased two items, both beautifully packed. Stunning workmanship. Many many thanks. I will certainly be keeping an eye on future projects.

I have received my model safely.I have to say I am impressed with everything. The packing, the service,the comms, and especially the model which is exquisite and surpassesmy expectations. I'm glad I found you.Many thanks

Living with a fan of brutalist architecture the model of the Trellick was a perfect gift. A wonderful recreation with great attention to detail. You made a concrete fan very happy.

JUST RECEIVED MY FIRST C&M MODEL - IT'S FANTASTIC THANK YOU. I WAS ESPECIALLY IMPRESSED THAT THE MODEL WAS WITH BUILDINGS BUILT OR UNDER CONSTRUCTION SINCE YOUR WEBSITE PICTURES - IT IMPRESSIVE AND APPRECIATED. THANK YOU - YOU JUST MADE A SATISFIED CUSTOMER WHO WILL BE A REPEAT CUSTOMER.

I just received my 1:5000 model of Venice and it is stunning. Now, granted, Venice is stunning, but the model is amazing. I sent my kids and GF pics saying this is possibly the coolest thing I’ve ever bought, and I’m 64!Thanks, beautiful. No doubt I’ll be back!

I ordered the Bauhaus building and Guggenheim museum. Well packed and really beautiful models. I enjoy them very much and will order citycapes this year. Thank you Gavin for your service and patience.